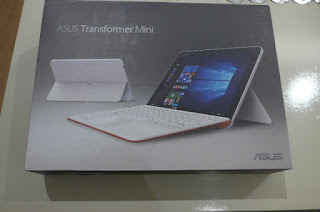 A couple of years ago, I purchased an Acer W8 Windows tablet and it was a great purchase at the time. Then it was started to slow down and show it’s age. The 8-inch screen was also starting to feel small. That, or my eyesight must be starting to deteriorate. So I decided to get a new tablet. This time, I chose the Asus Transformer Mini. I was originally thinking of getting the Microsoft Surface 3 but alas, Microsoft decided to discontinue it. With the urgent need of a replacement that would suit my failing eyesight, I decided to get the Mini. Now let’s see if it was a wise decision.

First of all, let’s lay it all out there. The design of the Mini is exactly like the Microsoft Surface, except smaller. Everything from the kickstand to the keyboard cover is the same. Of course, the Surface is more expensive so Asus had to cut cost by making it smaller and use a slower Atom processor. To be fair, the all-metal build of the Mini feels very sturdy and gives it a more premium look. Another place where Asus had to cut cost is in the screen. You only get an HD and not a full HD screen. On the upside, they make up for it with the quality. It is very bright and with good viewing angles and on a 10-inch screen, it doesn’t really bother me all that much. One place where they do better is that Asus includes the Keyboard and Stylus while Microsoft will charge you and arm and a leg for those.

The Mini is very light and I was actually quite surprised when I picked it up for the first time. Using it with one hand for extended periods is no effort at all. I also do like that they included a full USB and a micro HDMI port. The micro USB port is also great which means I can just use a standard phone charger so I don’t have to carry an extra one. 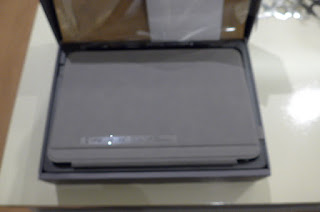 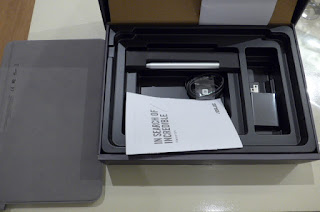 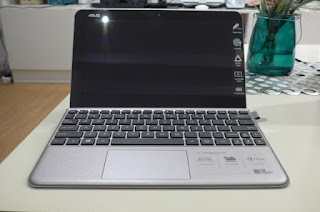 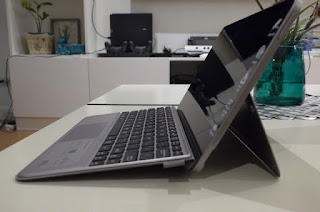 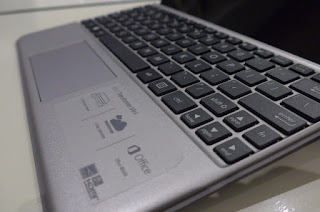 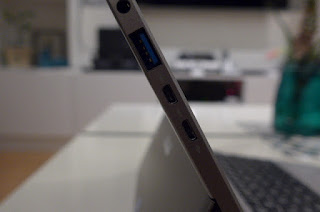 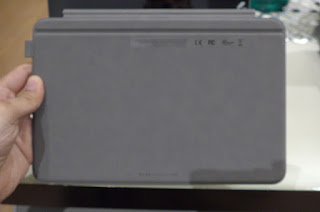 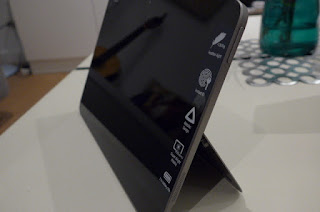 Like I mentioned, Asus had to cut some corners and one of those was using a low power Atom X5 processor. I wish they had used an M3 or even an X7 but I’m sure the people who will buy this aren’t power users anyway. I’ve been using this for a week now and so far, no hiccups. Browsing, watching movies, YouTube and MS Word were no problems at all. The 4GB of RAM helps a lot with multitasking but I’m quite sure that playing demanding games will be almost impossible on this machine.
I have to mention that the keyboard is quite small so I don’t think you’ll be writing your next best selling novel on this thing. I am however able to write this review with no problems. Another bonus is that the included stylus is quite good for drawing with only the only drawback is that it needs a hard-to-find “AAAA” battery. Lastly, the included fingerprint sensor is very responsive and useful. Unfortunately, it came at the expense of a rear-facing camera which would have been very useful for taking photos of documents and such.

I have to say that I took a leap of faith when I got this. Since this was a newly released product, I was never able to see it and there weren’t that many reviews online at that time. Several things surprised me with the Asus Transformer Mini. It’s lightweight, the screen is very bright, the fingerprint sensor works instantly and lastly, the battery life is very good. Knowing the limitations of the Mini this could be very useful for a student or for someone that needs a light travel sized 2-in-1 laptop/tablet. If you need more power I would suggest getting the Transformer 3 or Pro or even the Surface 4 Pro. You also get a free copy of Microsoft Office which is a great bonus on this little versatile machine.


No rear camera
Posted by Techamuna at 10:15 PM No comments: