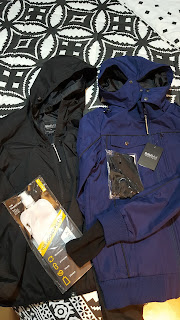 Have you ever had an idea for a gadget but never really had the means to make it a reality? Thankfully, with sites like Kickstarter, people are able to get funding for their bright ideas. One such bright idea is the “World’s best travel jacket”. Baubax is one company that had a simple idea of making a tech-friendly jacket fit for travel. Apparently, a lot of people like myself found the concept and design of this innovative project so compelling that the campaign ended up with a total funding of more than $9M! Making them one of the most successful projects on Kickstarter. So let’s see if it's truly worthy of its self-proclaimed title, “world’s best travel jacket".

I really love Kickstarter. In fact, this is the 5th time for me to back up a project. I was so onboard with the Baubax jacket that I ordered not just one, but two. It’s as if Baubax read my mind and ticked every box in my must-have list. Built-in neck pillow? Check! Gloves? Check! Eyemask? Check! Pen and stylus? Check! Pockets for every conceivable gadget? Check!

They have four stylish designs to choose from but I decided to order the Windbreaker and Bomber jackets. The thing with Kickstarter products, you never really know how it'll come out until they're delivered to your doorstep. Design-wise, the Bomber looks better. To me, it's lived up to Baubax promise. The Windbreaker looks like any other jacket that doesn't need the hype of a Kickstarter. Somehow, the expectation of a Kickstarter is a product that has some more edge to it. Groundbreaking, so to speak. In this case however, the outstanding feature of these jackets is simply that they look like normal jackets but with added features one would not normally expect from a normal jacket. Not convinced? Read on.


Buying clothes online is very tricky. There's that question of quality and size. Thankfully, Baubax has given precise size guidelines. Quality-wise, the material used on both jackets are actually quite nice and the fit and finish are quite good. I was expecting some quality issues but I was actually pleasantly surprised that it looks polished.

While it does fit, it became a bit tight once the pockets got filled up. Perhaps getting a size bigger would have been better.

After waiting months for the jackets,  I was really excited when it finally arrived.  Here are some yays and nays of this product.

The first thing I noticed was that neck pillow was not really built-in but rather one of those inflatable ones. The real test of this product is the inconspicuous and practical placement of the added features. So it's a nay for the neck pillow. While it does have space for you to store it in the hood, it’s just too heavy and feels awkward having it there. Instead, I just kept it in one of the pockets. On the bright side, the pillow is actually quite comfortable for an inflatable. 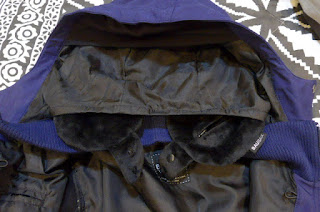 I was also skeptical with the gloves as they are just “half gloves” and does not cover your fingers. However, they do come with separate regular gloves which you’ll have to keep in the pocket. Folding the built-in half gloves feels funny. I wish they had thought of a better way to store it. With that said, I found the half gloves quite useful much more that I thought I would.

The eye mask is built into the hood which was something I thought I would use a lot but strangely enough, I hardly ever use it. I also wish they had included a more convenient way to fold the hood.

The pockets on the other hand are really great and you can fit everything from an iPad to your passport.

So let’s get down to the big question. Was it everything I expected? Well, yes and no. Would I buy it again? While I do like it, I can’t help but wonder if I should've held out and waited for a possibly better, more polished version of it. Possibly even more designs and colors to choose from.

Baubax hit the nail on the head in marketing a product with so much promise. But now that I have it, I also can’t help but realize that you could actually make your own travel jacket. It just won’t be as well incorporated as Baubax. If you search on Amazon, you can actually find travel jackets that have lots of pockets and you can simply just buy neck pillow, gloves, eye mask, etc.

Baubax hit production and delivery delays which was a huge problem.  The five-month delay made me think twice about proceeding with my order. Especially since each jacket was a $125 investment.

Despite that, I still find my Baubax really useful. And until such time I find a better one with all the snazzy built-in features that I want, this is my go to travel jacket.


Not all features were delivered

For more information and current pricing go to http://baubax.com/
Posted by Techamuna at 3:31 PM No comments: