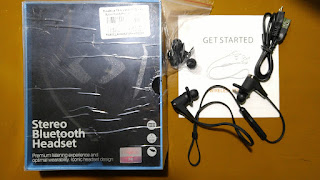 I was in the market for a Bluetooth headset that I can use at the gym. This time I tried Lazada as the prices were very similar as the other Bluetooth devices on Amazon. After narrowing down my choices I decided to get the Fineblue F6. I couldn't find comprehensive reviews about it. But it seems that most of them are made by a few manufacturers in China then just re-branded. So I took a chance and got it. Again, let’s see if I made the right choice.


One of the reasons I chose this model is purely for its price. As much as I wanted a pair of JayBirds or Jabra’s it was just too expensive for my purpose. I just wanted something cheap and light with decent audio quality. The design of F6 is actually pretty nice. It looks more premium than you would think for the price. It’s marketed as a sport headset so it’s designed to be used with a pair of stabilizing wings which fits in the ear. In practice though it feels too soft and does not really provide that much stability. It’s ok for running and a light workout but not for more intensive workouts as they would most likely fall out. The volume and music controls are easy to use but the open micro USB port has no cover so  it could be prone to moisture exposure. Otherwise, everything works as advertised. 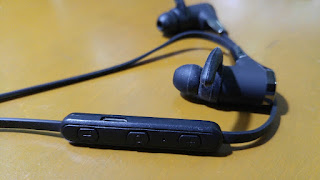 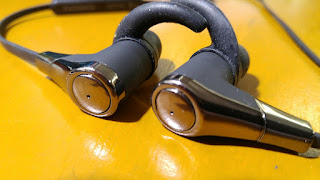 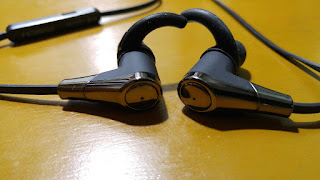 One of the reasons for getting a new pair of headphones is to listen to music. I have to say that the sound qualify is just ok. It’s not bad, but it won’t blow your mind. To give you a comparison, the stock headset that came with my Galaxy Note 3 sounds better. You’ll get some base, the mids and highs are just average and to be honest, the quality is just normal and nothing to write home about. Bluetooth connection is quite good, I would leave my phone in my bag and walk around they gym and music would still play fine. Battery life is probably one of its better qualities. While I haven’t been able to test it for 6 hours straight (it’s rated battery life) I would use it for about 1 ½ hour workouts three times a week and would still not give me a low battery indication.

First of all, I have to mention that I bought this two months ago and since then I have seen more budget Bluetooth headsets in the market. So I would suggest you check out the products from Starmobile and Playground. With that said, I bought this for Php 1,400 now it’s only 1,200, and at that price point it’s pretty hard to scrutinize its shortcomings. In the end, for the price, the Fineblue F6 is a “fine” Bluetooth headset.

Fit in the ear could be better
Average sound quality
No included carrying case
Posted by Techamuna at 4:22 PM