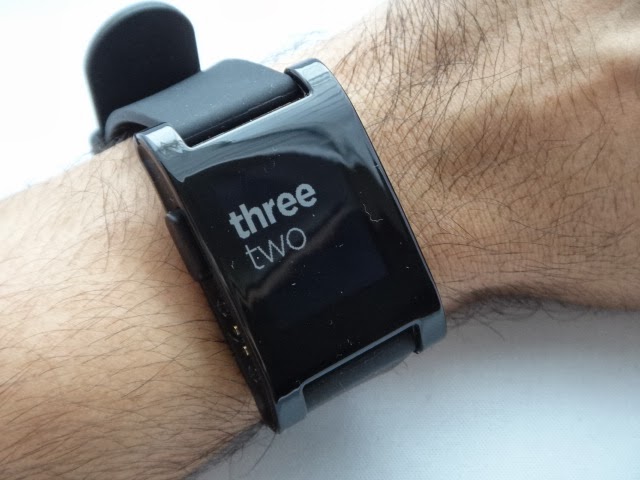 There are many tech company start-up success stories. The most famous would probably be Apple. They started out building computers in a garage and today they are a multi-billion dollar tech giant. For those of you not familiar with Pebble, their idea was to have a watch that could simply display messages from your smartphone. Initially, they were unable to raise enough funds from investors so they decided to put their hopes as a Kickstarter project trying to raise a capital of $100,000. People loved it so much that they were able to raise more that $10 million and became the most successful kickstarter project to date. To be honest, when they first came out on Kickstarter the idea seemed really cool but it didn't really appeal to me that much.  However, as you will see during the course of my review it is something that grows on you and something you really have to use to appreciate. But before I get ahead of myself, let's look at the specs and see what the Pebble watch really is.

The Pebble is not the first smartwatch in history nor is it the most technologically advanced. In fact, it doesn't even have a touch screen. What makes Pebble such a success is its simplicity. It has 4 buttons to navigate through its very simple menu systems. It pairs with your iPhone or Android phone through Bluetooth and will show your messages, email, and various notifications on the watch screen. The screen uses an e-ink display similar to ebook readers like the Amazon Kindle. It's screen is nice and bright with good visibility even in direct sunlight. It also has a motion-activated backlight for indoor use. One thing that has led to the success of the Pebble was opening up their software which has created a very large community of active developers. There are now hundreds of apps available, from being able to change watch faces, running apps to being able to control your phones GPS and camera. Really, the possibilities are endless especially now that Pebble has made their own app store including a new software update which consolidates most of the apps that you have had to previously search and install separately. 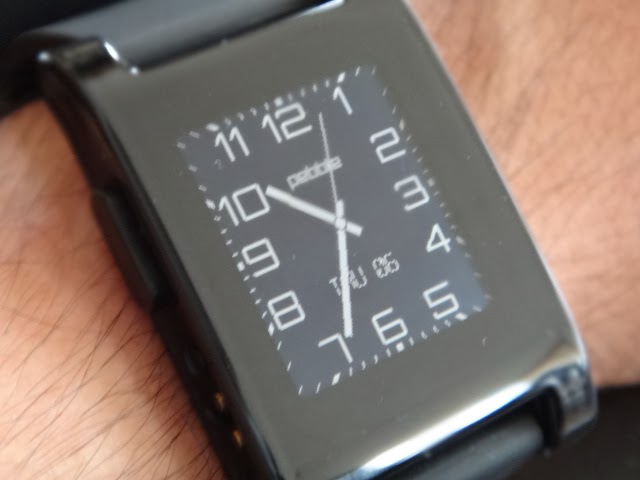 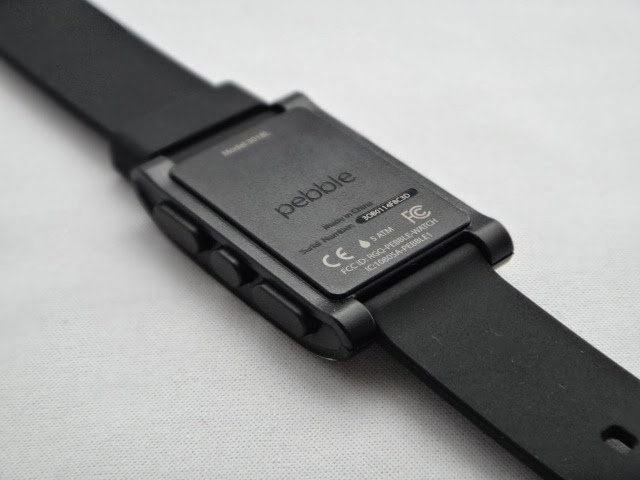 What Pebble really does best is showing you data from your phone whether it’s a message or information from an app and then you can decide if you need to use your phone. While it may sound counterintuitive, it is something you really need to use to understand and appreciate, then you quickly realize how you managed all along without it. It’s not all good though, the watch once froze up once and all the buttons where unresponsive. I had to wait 5 days for the battery to drain before I could do a reset. However, these seem like bugs that can easily be fixed in a firmware update.

Last January, the Pebble Steel was introduced which is basically a steel version of the watch with a more elegant design albeit a higher US$249 price tag. I have to admit it really does look nice but if you want to use it for outdoors or for sports then you're probably better off getting the plastic Pebble. While I can't recommend it yet for everyone, as this is still generation one of smartwatches, it does have its uses. I can see a huge market for women who usually keep their phones in their bag and have to keep fishing it out. There are 2 drawbacks to having a smart watch. The first, being another device you need to charge (to be fair I've been getting about 5-6 days before needing to recharge) and the another is that I have found it so useful that I have not used any of my other watches for almost three months.

- Design is not for everyone
- Proprietary charging cable
- Limited memory
Posted by Techamuna at 8:26 AM