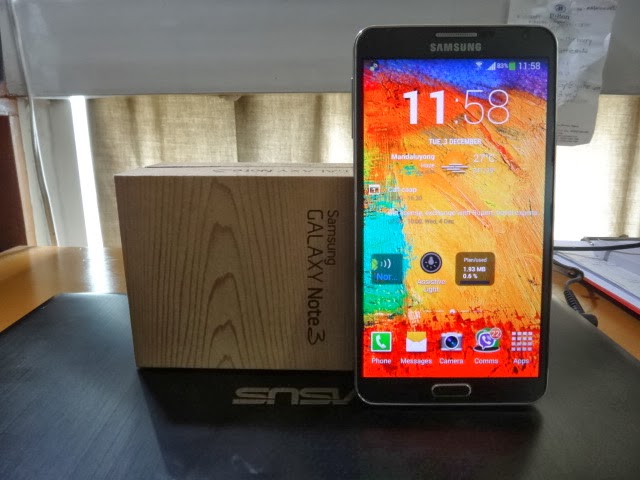 In the tech world, there will always be some who are willing to go against the norm and once in a while they're lucky enough to come out with a surprise hit. When Samsung launched the original Note, a lot of people made fun of it. But now it turns out that Samsung has had the last laugh. Their Note series has been such a huge success that the word "Phablet" is simply synonymous with the Note. I always wanted to get the original Note but found it too big. The Note 2 was a huge improvement but I instead opted for an S4 Active. When the Note 3 came out, Samsung managed to make it smaller and lighter by just a little. But that small difference makes such a huge impact that it makes the Note 3 much more usable. When I decided to trade-in my S4A, I was content in just getting the Note 2, as you can now get it for less then 20t brand new. Which is a fantastic value. But Samsung finally decided to change the design of the Note 3. Aside from being slimmer and lighter, they also changed the material from plastic to well, -- "plastic leather" or faux leather. Despite how it sounds, I personally really like it because it looks more classy and sleek. 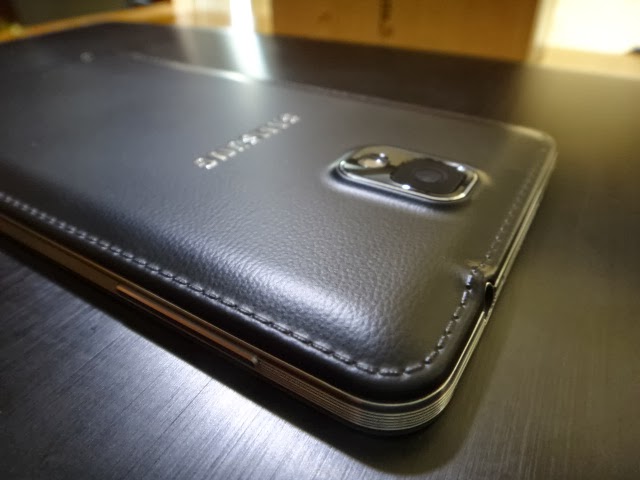 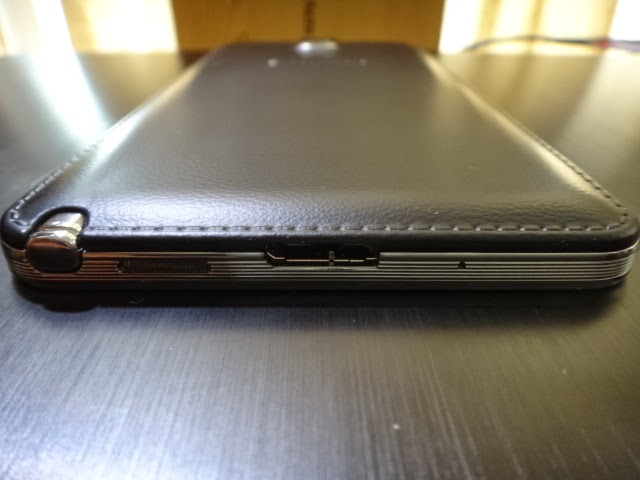 One of the reasons I got this phone is for the big screen. While the S4 is not really what you would call small, the Notes's gorgeous 5.7" full HD super AMOLED screen is really nice for reading Flipboard and web browsing. One new rule of thumb is, big phone = big battery. With almost every other smart phone I've owned I would always have to nurse the battery to make it last. With the Note 3, after 14 hours of use, (7 hours on Wifi, another 7 hours on 3G, plus 30 minutes of watching videos, and of course the usual calls, text and chat) I still had 59% left. Now that's unbeatable battery power. 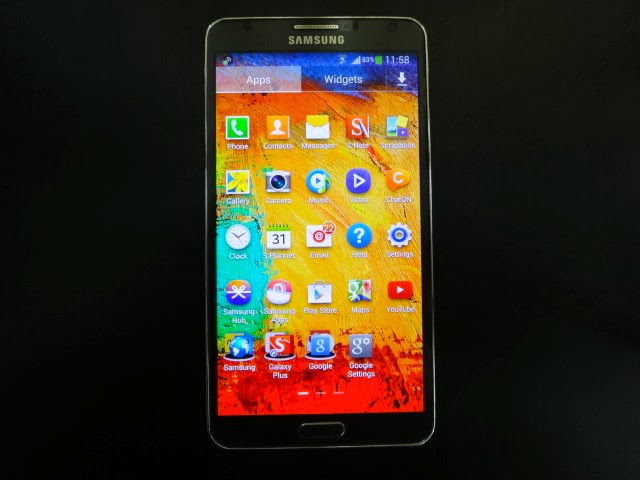 You have to hand it to Samsung. They have crammed every feature imaginable into the Note 3. Granted that most of them may be gimmicks, I'm sure some people will find it useful. It comes with the smart features of the S4, along with the different camera modes. But probably the most unique to the Note line is the "S-Pen". It's basically a smart stylus paired with a digitizer on the screen. It comes pre-loaded with Samsung-made apps and actually works pretty well. But I believe it's geared towards a unique set of people who could probably take full advantage of it. I may not one of them but so far I've been using it to edit some PDF documents and it's proving very effective.

Being Samsung's flagship phone, it has the fastest processor currently available which is a 2.3 Ghz Quadcore Snapdragon 800 and a class leading 3GB of RAM. To say it's fast is an understatement. I'll post some benchmarks below. 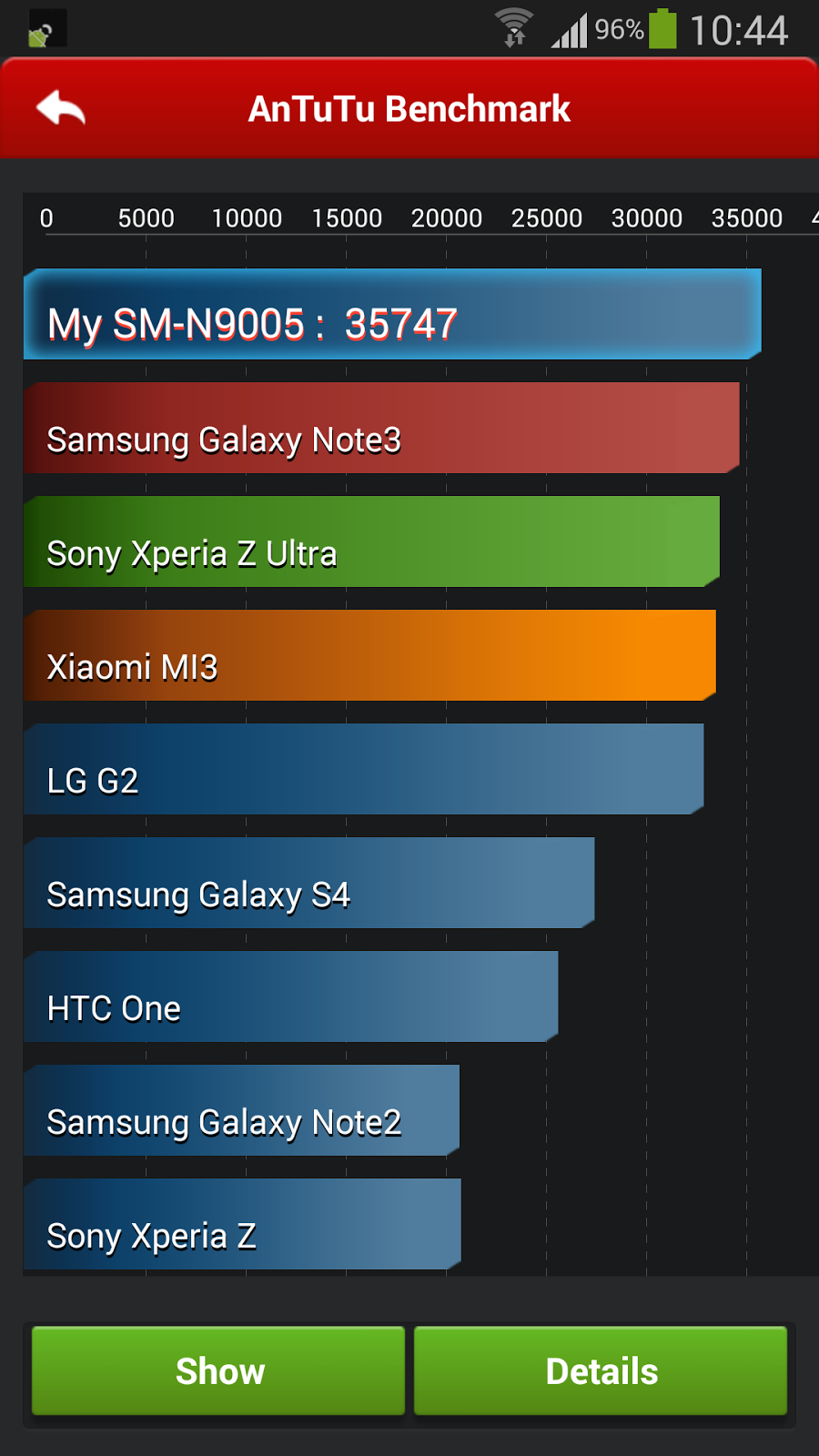 It also has Android 4.3 installed and hopefully they will update it to 4.4 Kitkat soon. The camera is a 13MP shooter which is very similar to the already outstanding S4 camera. But one unique feature is the ability to record 4k video. Now what you can do with a 4k video is up for debate but hopefully sooner than later, 4k TVs will be everywhere.

The price of power

While I may be wowed by the Note 3, there are two drawbacks. I do get the occasional freeze and reboots but I'm sure that will be sorted out in future firmware updates. The biggest drawback has got to be the price. At 33T you would really have to want the latest and greatest from Samsung. Especially since the Note 2 can be had for significantly less. And with a recent Note 2 firmware update, you can get a majority of the Note 3's functionality for a fraction of the price. On the other hand, when comparing the price with let's say, an iPhone 5S, the Note 3 seems like good value for money. In the end, it's still a class leading phone with top-of-the-line specs and performance. It would definitely still be considered fast even more than a year from now. If Samsung were to make a "lite" version of this phone without the S-pen, they might even sell more units. But that's just my humble opinion.

If you just want a phone with a really big screen, then there's always the 6.3" Samsung Mega at about half the price, you should also look at the Sony Xperia Z Ultra and LG Optimus G Pro. But no one can deny the latest sales figures showing over 10 million units sold. I guess Samsung must be doing something right. Or there are simply other 10 million suckers like me in the world.


- At this price, cover/case should be included
Posted by Techamuna at 8:43 AM 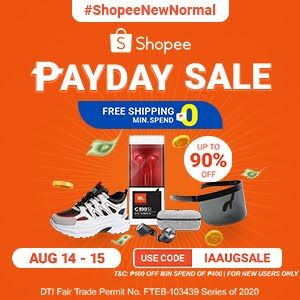