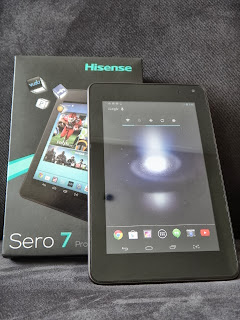 In the sea of budget Android tablets, it is very difficult to pick a good one. Getting a good experience in a budget tablet is very tricky. While you may be able to get a 7" tablet for about 4k, the performance might be so frustrating that you will end up not using it. For the sake of argument, let's put a price of about Php 7,000 or about $150 as the maximum amount for a budget tablet. Any more then that you might as well buy the benchmark of android tablets which is Google's 2nd generation Nexus 7.

Last July, from out of nowhere, Hisense (a brand known for their budget TVs) decided to come out with its own tablet. Make that two tablets. The Sero 7 and the Sero 7 Pro. Save your self the trouble and just stick with the Pro which is the tablet I am reviewing. It's a Walmart exclusive and therefore only available for in-store purchase in the US. The edge of this product, aside from a decently specked out quad-core is the price.

If you're thinking that the specs look familiar, that's because it's almost a dead ringer for Google's first gen nexus 7 sans the camera and micro SD slot. Which actually makes it a better buy. While most manufacturers have to cut corners in order to hit a price point, I'm glad Hisense decided to splurge on the screen because it's really nice and bright with a good touch screen response. While the Terga 3 processor may be a generation old by now, it still performs pretty well and can still play some of the more demanding games as long as you keep the settings to medium or low. In fact, this tablet has a mini HDMI out so you can actually plug it into a TV, pair it with a Bluetooth keyboard and mouse and you've got yourself a little gaming computer. The aspect where Hisense cut some corners is the camera. The performance is pretty slow but quality is not that bad in good lighting conditions. But then again, most tablets have mediocre cameras anyway. So I can't really fault them for that. They also had to cut corners in the build quality. It's a bit thick and heavy. Although I kind of like the ribbed plastic design as it is less of a finger print magnet. Below are some benchmarks and sample photos. I would say it's still slightly better then current tablets using Mediatek processors but not by much. Battery life is rated at about 8 hours or so. 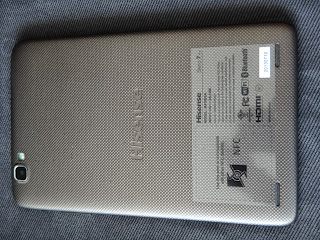 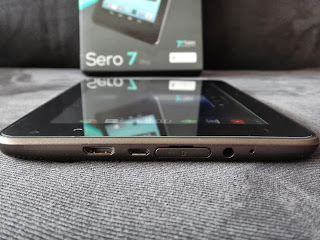 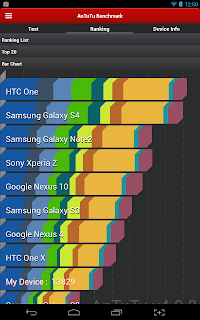 To sweeten the deal, Walmart has lowered the price to $129 (Php 5,600). At that price, it's simply too good a deal to pass up. While new tablets from the likes of Acer and Asus are coming out with pretty similar specs, in terms of "bang for your buck" it's still really hard to beat this rouge tablet.

- Only available at Walmart
- Uncertain Software Updates
- Service and Support