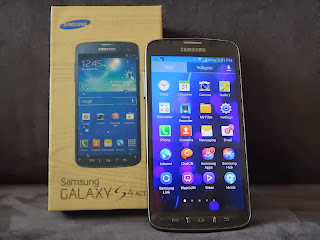 After 8 months with my Samsung Galaxy Grand Duos, I decided that it was finally time for an upgrade. It was starting to show its age and after installing so many apps, it was struggling to keep up with my daily tasks. Also, it was frustrating to see all these budget locals brands bringing in quad-core phones left and right and here I am stuck with a dual-core phone. My dilemma was to get the Galaxy S4 or the S4 Active. S4 had a better 13 mega pixel camera and a Super AMOLED screen while the Active only had an 8 megapixel camera and a regular TFT screen although both screens were 1080p. The Active did have one ace up its sleeve and that is its IP67 dust and water proofing. As most techies know, having this kind of dilemma is a nice problem to have and as it is obvious, I ended up choosing the Active. Let's see if I made the right decision.

As I mentioned above, there are a few differences with these two devices. Aside from the camera , the screen is where you will notice something right away. I really missed the super AMOLED screen from my old S2 so I really wanted to get the S4 for its screen but after seeing the screen on the Active I was pleasantly surprised to find it quite bright and very sharp since they both have the same 443ppi resolution anyway. I did notice that the S4's screen was more saturated but the Active had more natural looking colors. So if you are one that likes "punchy" overly saturated colors and deep blacks then go for the S4. Design-wise, the S4 has the usual Samsung "plastic-feel" design while the Active has a more rugged look with metal looking plastic. Actually it's a nice change and I hope Samsung could incorporate this in future phone designs. What's interesting is that Samsung was still able to make the back cover removable despite being a waterproof phone. You just need to be careful in snapping the back cover as there is a technique to making sure you get a good seal. You need to make sure you snap the center back (under the LED flash). A lot of users have complained about the waterproofing because of missing this crucial snap! One surprise is that the headphone jack does not need a cover and is completely waterproof. However, the micro USB jack has a really flimsy rubber cover and I'm sure it will break one of these days. Possibly, a third party wireless charging kit from WIQIQI will be a good investment. The rest of the specs are almost the same all the way down to processor, RAM, sensors and battery. Now that's a good thing because variants of flagship phones usually have a lot of compromises. 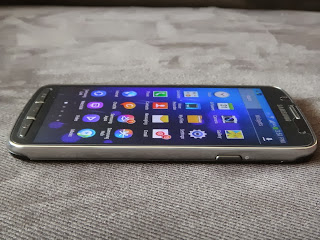 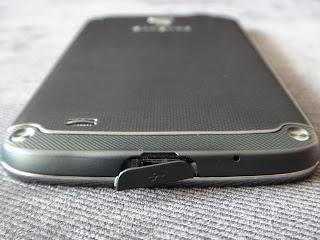 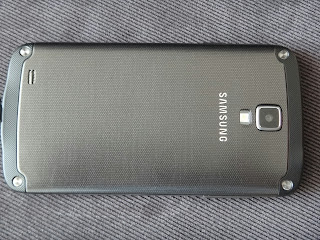 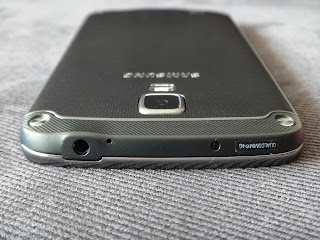 One problem I noticed with Android is that it acts very much like Windows on a PC in a sense that out of the box even the lowest spec phone runs pretty snappy. But after loading a lot of apps and over time you notice it start to lag and it really becomes annoying. I believe that this is where iOS has the advantage. So having a Quad-Core 1.9Ghz processor and 2GB of RAM really helps. I loaded all my previous apps and more. So far it still feels like a fresh stock phone out of the box. Another compromise was the camera. But so far, it's up there with best 8 megapixel camera phones. It is missing the "Dual Shot" mode of the S4 but the rest of the other modes are included. It does have an Aqua mode for underwater shots which allows you to use the volume button as a shutter release. Quite handy since touchscreens don't work underwater. Also all the "gimmicky" smart and gesture controls you see in the TV commercials are included. Battery life is your typical smart phone charge at night affair despite the 2600mAh. It will definitely last the whole day but use it hard and you will need to bring a charger with you. 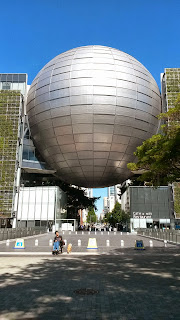 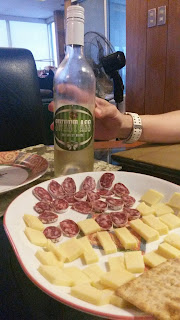 First of all you have to realize that the Active is not a rugged phone. If you drop it, it will probably break just like a regular S4. You will still need a case for added protection. If you're like me and need a little more weather protection from the occasional running in the rain or day at the beach or just simply not having to worry about the occasional water spills and toilet bowl dunks maybe this phone is for you. As of this writing the Active was about Php 26k. It's about 2-3k cheaper than the S4. To confuse you even more, Samsung's warranty does not cover water damage and on a waterproof phone that does sound unfair. Choosing between the S4 and the Active was a really hard decision. And if you are having the same dilemma, then congratulations for being such a techie.