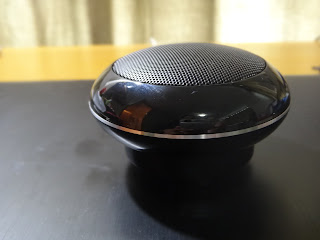 I thought the quest for the best affordable portable mini speaker ended with my Altec Lancing Orbit. That was until Bluetooth Speakers finally became affordable. Now when I talk about mini, I mean something that will fit in the palm of your hand. When I mean affordable, something less than P2,000 (about $50). As usual, I started my quest at Amazon, and there were a lot of Bluetooth speakers to choose from. I wanted something that would at least sound as good as my Orbit which I had purchased more that 3 years ago for $39. It sounded pretty good for its size and has served me well. My only gripe is the non rechargeable battery and the short audio cable. While it is easy to get a good set of speakers once you go past the $100 mark and if money is no object. The Bose Soundlink would be my first choice. But that is neither mini nor affordable. Searching online will give you a vast amount of choices and one can easily get confused with the numerous known and unknown brands. My first choice was the JBL Micro Wireless. Although a little higher in price ($65), its design is nice and sounds pretty good. A colleague of mine owns one and I was able to test it. Other brands like HDMX, X-mini, Satechi, etc. all had good reviews. But I had no way to test them. Most stores won't allow you to test the products. I was all set to get the JBLs (at least I know how it sounds like), until I came across a store in Robinsons Galleria in Ortigas called Egghead. They have a huge collection of speakers and headphones on display which you could all try out. They were more that happy to let me test the HDMX and two Divoom models. Strangely, at least to my ears, the cheapest among them was the one that sounded the best. 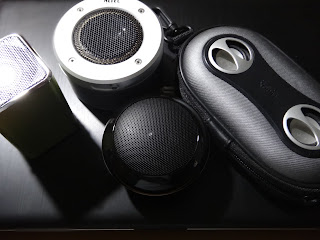 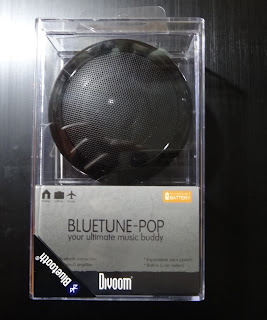 My choice is the Divoom Bluetune-POP for Php 1,600. Amazon is selling it for $40. With the current conversion rate, it's almost the same price. While the more expensive ones had more features like volume/track control and speaker phone functionality, all I really needed was descent sound and Bluetooth. Its construction is almost all plastic and very light. It might seem cheap because of its weight, but it's actually pretty well put together. Initially, you might not expect a lot from this little device but because of its Pop up base design you will actually be surprised by how good it sounds. The bottom actually pops out to give you better sounding base.

I have been using it for about a week now. Compared to the Orbit, it sounds pretty similar. While the Orbit has slightly better high range, the base on the POP is noticeably better. Battery life is rated at 5 hours. I only had time to test it for 3 hours straight at 80% volume and its battery light was still on and showed no signs of weakening. I only wish they had included a battery level indicator. One of my main reasons for getting one of these mini speakers is to extend the sound of my phone or tablet particularly when I'm traveling. This little speaker succeeds in this purpose. It comes with a one year replacement warranty. Let's see if it lives up to my expectations for that long.