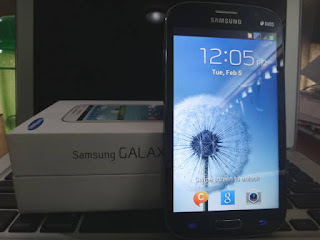 Samsung decided to launch another Galaxy phone in India two weeks ago. This time, they made a big splash with the Galaxy Grand Duos. With all the phones Samsung has been launching it's pretty easy to get lost with all the models. Strangely, it has been available here in the Philippines since the first week of February, about the same time they launched the Galaxy S III Mini. That's just a week after the Indian launch. But what is even more puzzling is that there was no announcement, not even a post on their website or Facebook page. Perhaps they plan to have a separate event for the Grand soon, but for now your can get it at almost any Samsung store.

The Samsung Galaxy Grand Duos GT-I9082's name is quite a mouthful and deservingly so because this is a 5" "Phablet" (phone/tablet) with dual sim capabilities. Finally some manufacturer listened to my prayers and made a mid to high-end dual sim smartphone. Specs are a follows:

Samsung decided to stick with the Galaxy S III design style. One can easily mistake this for an S III or Note 2. In fact , size-wise it sits right in between the two.

Under the hood Samsung decided not to use their Exynos chip and instead use a Broadcom processor. Performance is actually very good, games like Angry Birds, Temple Run and Dead Trigger play very well. Everything is smooth and fluid and to my eyes it's even faster then my old Galaxy S II. I'm not sure if the fast performance is due to CPU and GPU or because it's running on Jelly Bean 4.1.2. Yes, that's right! In fact, Samsung also included the latest TouchWiz skin and comes with most of the features you get on the Galaxy Note 2 like Multi-Window, Popup Play, S Voice, Smart Stay, and many more. Unfortunately it only comes with 8GB of internal memory so I would advice moving your media over to the external micro SD. Battery life is decent, with normal use I got more than a day. Use it hard and you will have to recharge at the end of the day.

Before the launch, one of the biggest complaints was Samsung's decision to use a regular LCD WVGA 800x480 screen on a 5" phone. I have to say that I was pleasantly surprised to find out that it's not bad at all. Not as good as an S III but definitely not bad. Colors are nice and bright with good viewing angles. The auto brightness setting was too dim so I had to manually set it about 3/4s up.

What good is a smartphone if it doesn't have a good camera, right? Well, it's better and faster then my S II. Other reviews say that the image colors are even more accurate than the already good S III. I guess I just have to take their word for it. It also shoots 1080p video. 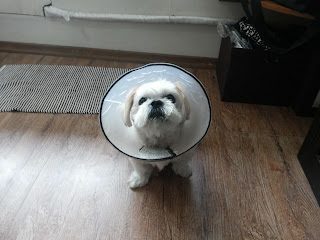 Most dual sim phones dedicate SIM slot 1 for 3G and SIM slot 2 for 2G. This is quite a pain if you need to use 3G on the other sim as you have to physically swap out the 2 cards. Samsung made this easy allowing you to choose which SIM uses 3G, you just can't use 3G on both SIMs at the same time though. It is also easy to customize the SIM card names and wallpaper so you will be reminded which SIM you are actually using. I only wish they put more options like what Alcatel has, such as setting specific contacts or groups to only use that SIM. 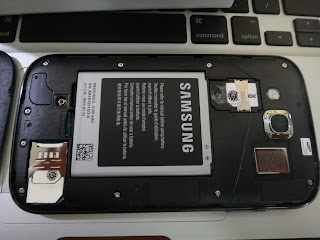 To say that I'm happy with the phone is an understatement. It is fast and the screen is actually good despite the low resolution. Could it be better? Yes, in fact to confuse us more, Samsung also sells the Galaxy Grand in Korea but with a Quad-core processor, 2GB RAM, LTE and NFC for the same price (It's not clear if it is single or dual sim though). For P16,900 this is actually a good buy considering you don't have many options in this category. Alcatel and Lenovo have some phones or you go low budget with Cherry Mobile, MyPhone, etc. But honestly you get what you pay for and Samsung has better build quality, uses higher end components and you also get their support and service. To be honest, I would actually choose this over the Galaxy S III.

- Only 8GB Internal memory
- WVGA Screen resolution
- 2500mha battery would have been nice
- Why does the Korean model get better specs?

Posted by Techamuna at 8:31 PM