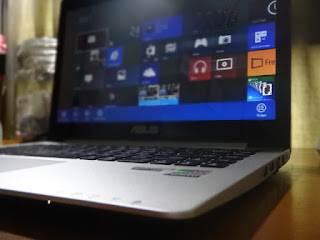 Searching for the perfect computer is getting harder and harder these days. There are just so many brands and models to choose from. As my five year old MacBook was slowly dying, I questioned whether I really needed a new one. Ever since I got the original iPad two years ago, I have been using my MacBook less and less. Now that I have the iPad 3, I would go for weeks without using it. I realized that I only use it for backup, syncing and printing. I could do almost everything else on my phone or iPad. Undeniably though, my first instinct was to get a new one. So the question was, whether I should I spend P57,000 on a new MacBook or spend half the amount on a Windows laptop.

It is quite obvious that I went with the practical answer since you are reading this article. Let’s see if going against the norm makes more sense this time. I was finally able to narrow down my selection to just the Asus X202 (S200) which is the 11.6" Core i3 version of the S400. The retail price of P25,000 is just within my budget and good enough for my needs. One feature I was really looking for was a touch-screen since Windows 8 is optimized for it. I was also considering the S400 but with an SRP of P35,000 it was just too much. But as luck would have it, I was able to find someone on tipidpc.com who was selling it for P29,000 and so I figured the extra P4,000 was worth the bigger screen and faster performance. So now let's see if I made the right decision.

Design-wise, the X202 and S400 look really nice with a typical Ultrabook design and a mix of high quality plastic and metal. Build quality is quite good but the choice of materials makes it a fingerprint magnet. But most touch-screen devices are, anyway. At 4lbs, it's not as light as a MacBook Air. But since I will be using it as a desktop, weight is not so much an issue for me. 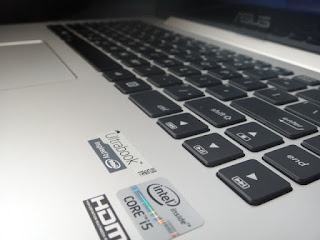 One of the main reasons I decided to spend the extra money is the Intel Core i5 processor and the "hybrid" hard disk (the X202 only has a core i3 and regular hard drive). The hybrid hard disk consists of a 500GB drive paired with a 24GB SSD (Solid State Drive). This improves performance significantly by storing the OS and cache in the SSD and the rest on the regular drive. As a result, you get performance between that of a dedicated SSD and regular hard drive. Boot time is just 10 - 15 seconds. Performance is pretty snappy but since I'm not a real power user, I was not able to test it fully with demanding games or video editors. And from what I read from other reviews, you should expect about 4 plus hours of battery life. 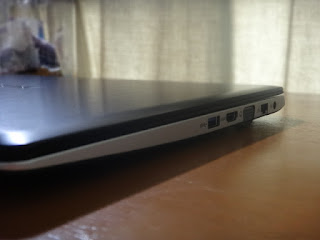 Another one of the unique features is its 14" touchscreen. Its touch-screen is very responsive. Unfortunately, it's not an IPS display, so viewing angle is not so good. Screen resolution is 1366 x 768. Which is just fine, but nothing to rave about. The integrated Intel HD 4000 graphics is more than adequate except for what high-end graphic intensive games require. 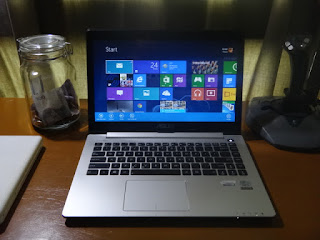 Before I end my review, I have to admit that I have been a Mac user for more than 10 years and this has been my first Windows machine for quite some time. One of the reasons that made me consider switching is because of Windows 8. While it is a huge improvement from previous versions, I feel that it is still not as polished as it could be. There are still a lot of inconsistencies in the OS, especially as most apps don't give a seamless integration with its modern UI. But since I'm not reviewing Windows 8, all I can say is that I'm glad I got a touch-screen as I just can't imagine enjoying it with just a mouse or touch pad.


Overall, I'm happy with the unit. If you have the same requirements as I do, then it should meet most of your needs and more. While I still believe that OS X is superior, it's hard to ignore the price difference, I guess sometimes being practical has its drawbacks. My suggestion is, if you are a power user and have the extra cash, get a Mac! Unless you can get the S400 for a really good price like I did, I would rather go for the cheaper X202 and save some money.

Update 1 - After about 15 months of use my Asus would not boot up. I brought it to Asus Greenhills for repair and it took them 2 weeks to tell me that my hard drive was broken. Something I already knew and the punch line was that replacement would cost Php 7500 and 30 days to order and replace the drive. I literally just went down to Vmall and bought a new drive for less than half the price and it only took 10 mins to replace. Something I should have done in the first place. Bad service Asus...Bad!

- Non-IPS screen
- Not the best keyboard (shallow keys and no back light)
Posted by Techamuna at 10:13 PM