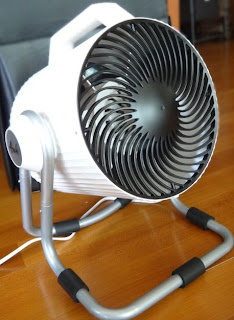 It’s summer time again, and we need to stay cool, especially our gadgets. My trusty old industrial fan bit the bullet and it was time to get a new one. I have not gone electric fan-shopping in a while and I was surprised to see so many choices now. My first instinct was to get ones of those bladeless electric fans but after trying it out, its power was just not enough for the Philippine heat plus it was also the most expensive one. It looked really nice but not a practical choice. After looking around at the ‘normal” electric fans I came across the Asahi Vortex Fan and the gadget freak in me just had to try it out. First of all, it looks different and sort of reminds me of a jet engine or a cannon from some sci-fi movie. 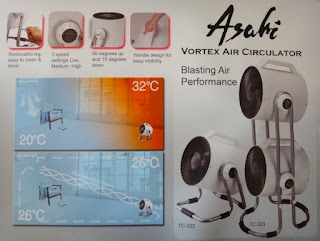 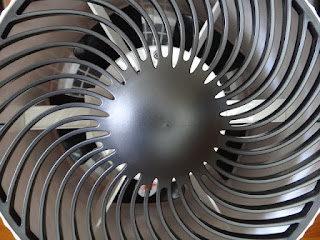 After trying it out, I was surprised by the power this little thing generates. There were two models but I opted to get the cheaper single fan version. My only concern was that the fan sits close to the ground and so it might suck up more dirt than a stand fan. I wish Asahi raised it just a bit more to around 6 inches. Overall for P2,400, it’s a great deal for a unique looking “small but terrible” fan.

The Bad:
- Might suck up dirt from the ground
Posted by Techamuna at 6:52 PM 5 comments: 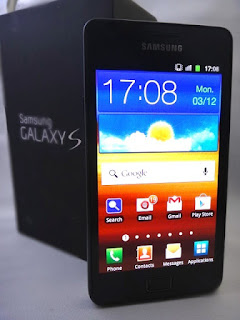 In the world of smartphones, there are always a few models that stand out. Two of the most popular are Apple's iPhone and Samsung's Galaxy SII (S2). While the S2 has been out since mid-last year, it has been recently updated to the latest Android version 4, or what most people call ICS (Ice Cream Sandwich). When it was released, most of the top tech blogs called it, “the best smartphone you could buy”. Let's see if this latest update has given it a breath of fresh air.

Last month's Mobile World Congress showed us what to expect in 2012. Design-wise, the S2 still looks good and can still compete with the new models that are coming out. Its Super AMOLED screen is still gorgeous. Compared to an iPhone, it might make you wonder how you could live with such a small 3.5” screen. Especially if you have room in your pocket for it.

Typing is much easier and looking at web pages looks so much better. It's 1.2 Ghz dual core processor and Gig of RAM makes for a smooth and snappy experience. The problem with entry-level Android phones is that while it may seem snappy out of the box, once you load it with apps, you really feel it start to slow down. Not so with the S2, even after installing numerous apps, it's still smooth as butter.

As for the camera, while its photo and video quality is up there with the best of the bunch, (in fact, probably as good if not better than the iPhone 4/4S) its performance is not as fast as I hoped it would be. The iPhone still smokes in start-up and autofocus speed. 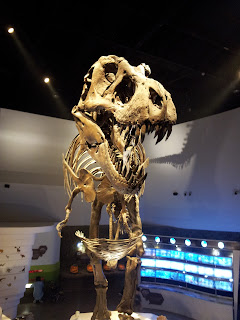 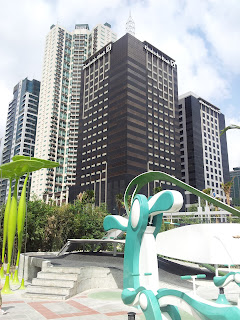 Now let's go to the newest add-on to this phone, the ICS upgrade. Samsung has always put its TouchWiz layer over Android. Some people love it and some hate it. If you’re a new smartphone user or somewhat used to the iOS, then you really won't mind TouchWiz. It's actually quite intuitive and user friendly. If you're after a pure Android experience then you will probably fall in the category of those that hate it. I've been using the S2 with Android 2.3 Gingerbread so I was really excited when the ICS update finally came out. To my disappointment, after my update, I first thought it did not work because nothing looked new. I had to double-check the settings to see if it was really running the latest firmware. Because of the TouchWiz overlay, it just felt like the old phone I had. Perhaps this was the intention of Samsung all along so as not to confuse their users. The only noticeable differences are in the settings menu, the task manager and some minor differences here and there. But the average user will not even notice that they are running the latest and greatest from Google. And I take that as a good thing. My disappointment gave way to the realization that sometimes a little subtlety goes a long way.

Overall, the Galaxy S2 is still one of the best smartphones out there. The ICS upgrade is just icing on the cake for an already great device. The only real reason that you can possibly have for not buying this phone is because you are waiting for the Galaxy S3.

Posted by Techamuna at 8:25 PM No comments: