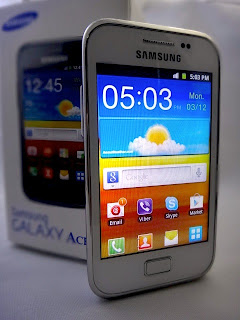 Need a new phone? Don’t want to spend more than 25T on a new iPhone or Galaxy S2? For the average user who just needs to simply check email, Skype and do a little Facebook or Twitter, the Samsung Galaxy Ace Plus might just be what you need. While there are a ton of Android phones in the market today, looking for a decent mid-range one is actually pretty difficult. Most people fall into the trap of either getting an entry level phone or end up spending more for a high end model. The sweet spot would be between the 10T-15T peso range.

The Galaxy Ace Plus is the replacement for last year’s model, the Galaxy Ace. The biggest complaint with the old model was it’s cheap plastic construction and the low resolution screen. Looking at the design of this new model you can tell right away that Samsung made an effort to give it a more high end look, especially this white model. It’s uncanny how similar the size and design is with the iPhone 3GS. In fact you can actually fit a 3GS case into the Ace Plus (except that the holes for the camera and ports are not aligned). As for the screen, Samsung for some strange reason decided to stick with the same HVGA (320x480) screen. However, they did improve the viewing angle and the colors are much brighter and with better saturation. This seems to help quite a bit because after using it for a few hours you forget about the low-resolution screen. They also increased the screen size to 3.65 inches. This might not seem like much but it makes typing just a little bit easier.

Under the hood, it now has a 1Ghz processor with 512MB RAM and 3GB internal storage with Micro SD expansion. Performance is actually quite good and snappy. It’s running Android 2.3.6 Gingerbread with TouchWiz and technically it should be able to run Android 4 ICS, but there is still no official word from Samsung if you can upgrade. It also has a 5 Megapixel camera with LED flash. I was actually impressed with the outdoor photos, but as for the indoor, let’s just say its ok and try not to use the LED flash. My biggest disappointment is the video. It only records VGA. I still can’t understand why Samsung decided to do this. The processor and RAM should be able to handle 720p. Also, it has no front camera. Why Samsung? Why? Check out the sample photos. 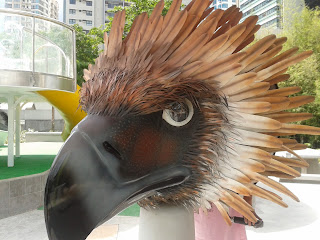 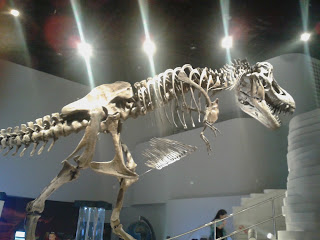 Battery life is surprisingly quite good, despite having only a 1300mAh battery.  You can go for about 2 days before having to recharge. However, using WiFi and 3G and you will probably need to charge at the end of the day. Overall, I have to say the Ace Plus is actually quite a decent phone. Its performance is quite responsive and for about 12-13T pesos, I think the average user will be very happy as long as one doesn’t mind the screen resolution and not being able to record HD video. If you are more of a power user, you might want to check out the Sony Xperia Neo V, LG Optimus Black or wait for the newly announced Galaxy Ace 2.

- HVGA Screen
- VGA video recording
- No front camera
- Galaxy Ace 2 will be out soon
Posted by Techamuna at 11:28 AM No comments: 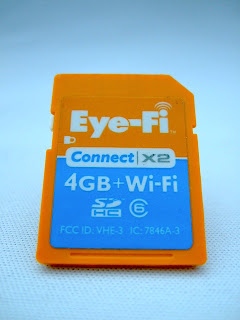 If there is one killer feature I would like in a digital camera, it would be the ability to share photos and videos via WiFi. Normally, features found on digital cameras find their way to camera phones. But in this case, it is the other way around. One of the reasons why people prefer taking photos with their phones is because it is easier to share them. No need to go through the hassle of plugging your camera to your computer. While there are some cameras with WiFi, they are very few and usually limited to just point and shoot models. The makers of Eye-Fi card came out with a great concept. Why not incorporate this WiFi technology into an SD card so that you can use it with any camera? Sounds perfect, right?

I have been using my Eye-Fi card for a several months now. Prices range from about $40-$80 depending on capacity, I have the 4GB X2. My expectations for my new toy was pretty high, especially when imagining being able to just share my photos like I do on my iPhone. After using it for just a few hours, I realized that it is totally different in terms of everyday usability. First of all, you have to first set it up on your computer which involves setting up an account, figuring out which features you want to use like “Endless Memory”, “Online Sharing”, etc. However, I believe the average user will use the “Direct Mode” the most. Direct mode works by using it with a Mac, PC, iOS or Android device. There is a free app which you need to install in order for it to work. It seemed simple enough and after going through the setup process I was able to transfer photos from my camera to my iPad.  The Eye-Fi card will only transfer the photos that have been marked protected. Once it is transferred to your device you can do the usual share options like email, facebook, twitter, etc. Eye-Fi has a list of supported cameras, but in theory it should work with any camera that uses and SD card slot. Luckily, my Sony TX55 is supported and has the ability to turn ON /OFF the card’s WiFi signal. This is important because I noticed that leaving it on drains the battery faster. 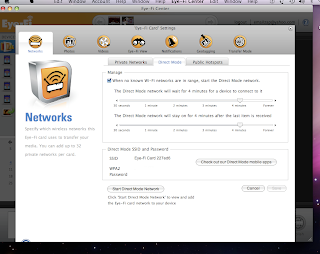 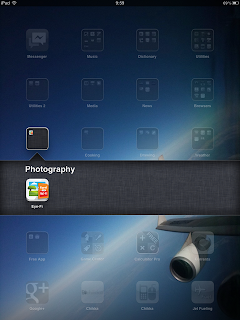 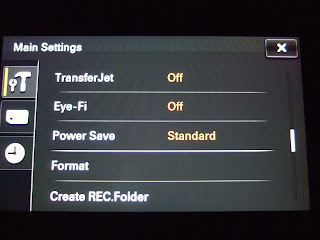 After reading the first two paragraphs, you might have ordered one already. But wait, everything is not all good. First of all, the card’s WiFi is intermittent, meaning it sometimes works, and sometimes it doesn’t. For some strange reason, no matter what I do I can’t get it to connect with my iPad or iPhone. However, there I times, I just turn on my camera and my iPad and it works perfectly. For the life of me I can’t figure what I did differently. This is so frustrating because it doesn’t work when I need it the most (Murphy’s Law I guess). It’s possible that it could be a problem with my camera or I got a lemon Eye-Fi card.

Secondly, it only takes about two to three steps to share a photo on your phone, compared to the six to eight steps using your camera and Eye-Fi card. In fact it is simply faster and cheaper to just buy a card reader for your PC or iPad and connect it to your device.
I don’t think I can really recommend this device. While it may seem perfect on paper, the practicality of everyday use is just too tedious. I realized why it is so much easier to share or transfer photos from a phone. It’s because the functionality is built into the OS, while the Eye-Fi needs to find a way to do that on its own. While this features might appeal to some professional or enthusiast photographers, for the rest of us, it’s just not there yet. Perhaps if Eye-Fi can somehow work with camera manufactures to incorporate more functionality into the camera’s firmware, then maybe that would help. Like I mentioned, my problems could be just an isolated case, however if you search the web there are lots of people having compatibility problems with their cards. Just something to think about should you decide to buy one.

Posted by Techamuna at 4:55 PM No comments: