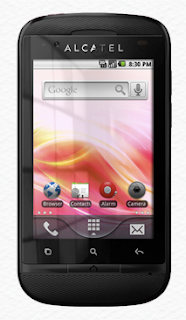 Are you in the market for a new smart phone? Android 2.3? Dual SIM? 3G? Less than 10k? Well, you’re in luck, as of this writing there are about five phones you can choose from.

I wanted replace my old Samsung Galaxy 5 with a dual SIM smart phone so when I travel I could just buy a local SIM and pop it in. A few days ago I went to Viramall to get one of these dual SIM bad boys. As luck would have it, Lenovo had a booth on the ground floor, which gave me a chance to play with the A60. It had a nice big 3.5-inch screen, and performance was snappy considering it had only a 650Mhz processor. I was tempted to buy it right there but the hardware buttons and the screen’s viewing angle turned me off.

Next, I was off to the Samsung show room, but the Galaxy Y Duos was not yet available. According to them (“off the record daw”), it would still be released mid February, and priced about 3K more then the single SIM Galaxy Y. So I just played with the Galaxy Y on display. While performance was good, the resolution and viewing angle was not. However, colors were nicely saturated and touch screen input was quite responsive.  Also typing on the 3-inch screen was challenging. I should note that the Galaxy Y Duos has a slightly larger screen (3.14” vs. 3.0”) and a better camera (3 vs. 2MP).

As much as I wanted to try out the Stellar they did not have a demo unit. I was really looking forward to playing with it since it has the best specs among all the phones. To be honest, I don’t like the design on the Stellar that much. Same problem with LG, no demo unit and the price was pretty high. I do like the design of the Optimus Net.

Finally I found the Alcatel 918N. Only 2 shops had them. I asked if I could try it out and the sales lady at Citilight Telecoms was nice enough to let me have a go at it. Right away I was impressed with the design and build quality, the textured finish was nice and “grippy”.  Performance was actually snappy and the screen quality was even better then the A60 and Galaxy Y. I had to ask the sales lady again “talaga ba p5999 lang ito?” She said the regular price is actually p7999 but Alcatel was having a promo, she did not know when the promo will end. It even comes with charger, earphones, screen protector and 2GB micro SD card. The price was just too hard to refuse, so I paid for it and said “bahala na!”  I wanted to get a case for it, and right away I realized the problem of getting “unknown” phones. No accessories! I was able to find a jelly case for a Samsung Chat S3350 that seemed to fit but I would need to cut holes for the camera and ports. Anyway, it was only P120.

After my usual unboxing ritual, I could not help but notice how similar the packaging was to my iPhone4. Everything worked right away. I entered my Google account, transferred all my contacts and with in 5 minutes it was up and running. Right away, I can definitely say that performance is a lot better then my old Galaxy 5. Alcatel did not add much to the OS, so you get an almost stock Android experience, as compared to the TouchWiz overlay of Samsung.

Most of the usual apps like Facebook, web browsing, email etc., all work. And yes, Angry Birds plays pretty well on it. Just don’t expect to play any high-end 3D games. I guess what most people will be interested in is how the dual SIM actually works, so lets focus on that.
Installing both SIMs is a bit tricky because they go on top of each other. Please ready the manual! Basically, both SIMs are active all the time. You can rename each SIM like Work or Personal. You can even color code it. You also have the ability to choose which SIM will be your default  for text, call, and data. Note that  SIM 1 will have 3G, SIM 2 only 2G. So if you’re planning to roam in Japan or Korea, only SIM 1 will work. Before you call or send a text message, you can easily switch between SIMs. If not, then it will use your default SIM settings. You can’t assign a default SIM per contact or contact group so that you won’t make the mistake of sending from the wrong SIM. For example, all “work” contacts will use SIM 1.  However, replies to texts will be received by the corresponding SIM, even if it’s not the default. 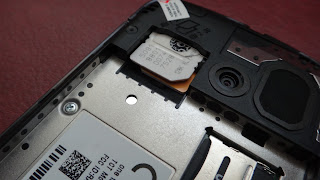 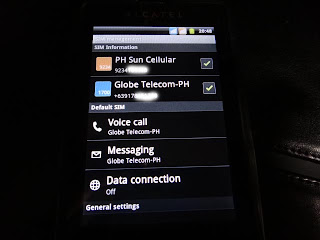 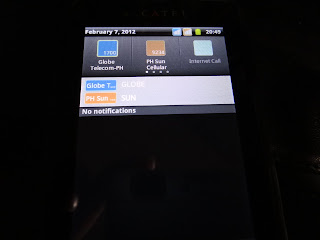 As for the camera, photo quality is just ok, nothing to get all excited about. (There are some samples in this post.) It has the usual scene modes, white balance, smile detection and, so on. I was more impressed with the video quality as it records in 480p (720x480, 3gp format), which is better then the QVGA of the Galaxy Y.

The battery will last you a day of light wifi, 3G and games. The 3G Hotspot feature works, but as with most smart phones you will have to recharge every night. Notwithstanding all these fancy features, call quality is decent. Texting on the 3.2-inch screen is usable but I suggest installing a better keyboard like “Swiftkey X”.

Overall, it’s hard to find faults, especially at this price point. My second choice would have been the Stellar or A60, just for the screen size alone. Sometimes, it really makes you question, is it really worth buying a high-end smart phone costing more than 20K? Why do top manufactures make such expensive phones while the likes of Alcatel can produce something so cheap yet so adequate? We shall see how this phone holds up for the next few months. I really believe that if someone can make a high-end dual SIM phone at about 10-15k, it would be a winner!

The Bad:
- No accessories
- Untested tech support
- Not sure if OS will be updated
Posted by Techamuna at 9:32 PM